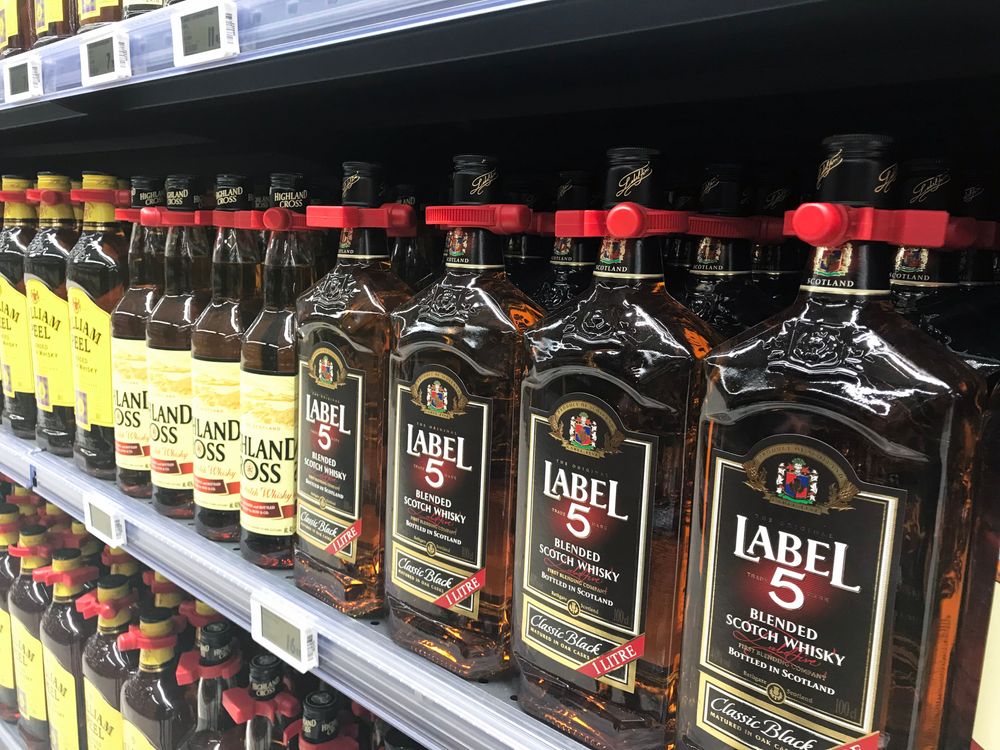 With more than 3.1 million Quick Bottles sold worldwide, this innovative anti-theft protection is our Best-Seller. It is now used by all hypermarket chains in France as well as internationally because our products are patented worldwide. Following feedback from stores, we offer a revisited version of this product that we previewed at the NRF show in New York (2018). Thanks to the increase in its diameter, this anti-theft device becomes universal as it is compatible with wine, champagne and spirits. The size of the ferrite has been increased for better detection as has the thickness of the plastic for more security. The metal version has been reinforced to make it very resistant. The ergonomics of the product has been improved to make it easier to place and hold on the bottle.

The Quick Bottle respects your products and allows you to save time on the shelf and at the checkout. Time is money !

We are proud to have participated in the NRF Big Show 2018 in New York, the world's largest retail show. This participation allows us to cement our place as a global player in the retail anti-theft solutions industry.

As a manufacturer, we came to present to the world our new range of innovative anti-theft solutions such as the Croco Tag, a unique anti-theft device to finally protect food packaging without piercing it and which can be detected by anti-theft antennas even with aluminium.

For this first participation, our company has made many contacts, sources of projects and international growth prospects. In particular with companies from the USA, Europe, Russia and also Latin America, as our products will be distributed throughout the continent in the long term.

We would like to thank all the people who visited us and our loyal French customers who believed in our company, our products, and allowed us to progress to satisfy their needs. 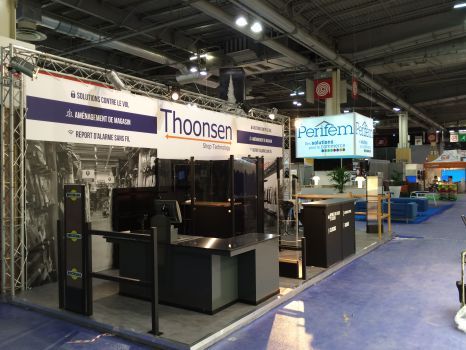 The company Thoonsen took advantage of the Equipmag show to present its new product for 2016.

Located in the PERIFEM village, our company, known for its focus on innovation, gave a preview of the THOOBEE® device, a global solution for securing points of sale, wireless and easy to install.

The installation presented at the show in real conditions allowed to show in a concrete way the use of the THOOBEE® box, the pager and the call buttons.

Clotilde Chenevoy, journalist at LSA magazine, was present on our stand with a film crew and she was able to film and put online the THOOBEE® demonstration : thanks to her !

Inflation and rise of shoplifting in France

Thoonsen is quoted in an article published by Maria Ortega in the English daily newspaper l'Express : "Shoplifting offences are soaring in France, as more and more elderly people steal 'butter or cheese'."

Due to the increase in shoplifting incidents, cashiers have doubled their vigilance. Jacky Thoonsen, manager of Thoonsen, says : "A new demand in France today is for the protection of cans, sausages or tins. For 30 euros of anti-theft devices, I can protect 250 euros of goods for ten years."

Ludovic Jouaud, manager at E. Leclerc Cap Sud, in Saint-Maur (Indre - France), is confronted with quasi-professional individuals. But over the past year, because of inflation, there have been new profiles of thieves : "Currently, it's more of an elderly person, a pensioner, [who steals] his butter packet, his piece of cheese, his slice of ham, basic products that are experiencing a small increase." In one of the videos recorded by TF1, a man steals a bottle of shampoo, while he is filmed by a hidden camera.

Discover the virtuous practices implemented in our group

The mission we have set ourselves within the Thoonsen group is to produce, in the most responsible way possible, sustainable, practical and accessible products for all our customers at the best price, through:

The new machine from the French manufacturer MÉCANUMÉRIC is operational

A long awaited new machine has arrived : the panel milling machine from Mécanuméric. With a capacity of 9,8 feet long x 4.9 feet wide, a vacuum clamping system and an automatic 6-tool loader, this little jewel with a 3.5 KW spindle will help us to machine large panels (wood and derivatives, plastics, aluminium) with a higher output.

CSR PLUS : two chip vacuums are being installed to separate wood waste from plastics. This means greater comfort and efficiency in the manufacture of our made-to-measure furniture ! 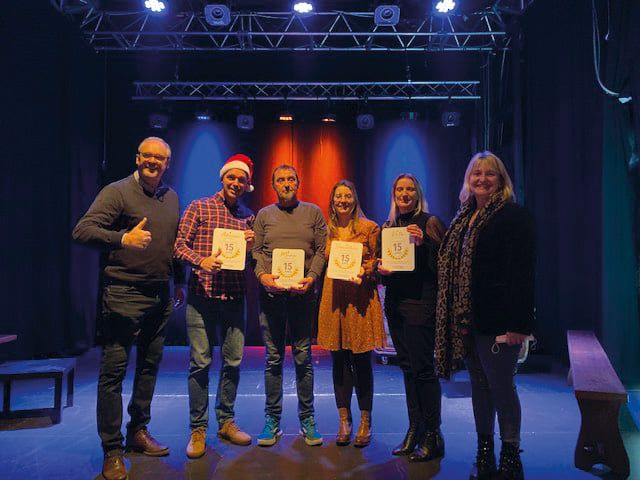 Our experts for 15 years at our side

An award ceremony for their valuable contribution

When they arrived, they had a junior profile, some just out of school, with their eyes wide open to the business world. Today, they are our best experts.

On Friday 14 December 2021, the award ceremony took place for the 15 years of service of Adrien, Dorothée, Kate & Emmanuel, who all play an essential role in our success.

A big congratulations and thanks to them for their valuable contributions over the years ! 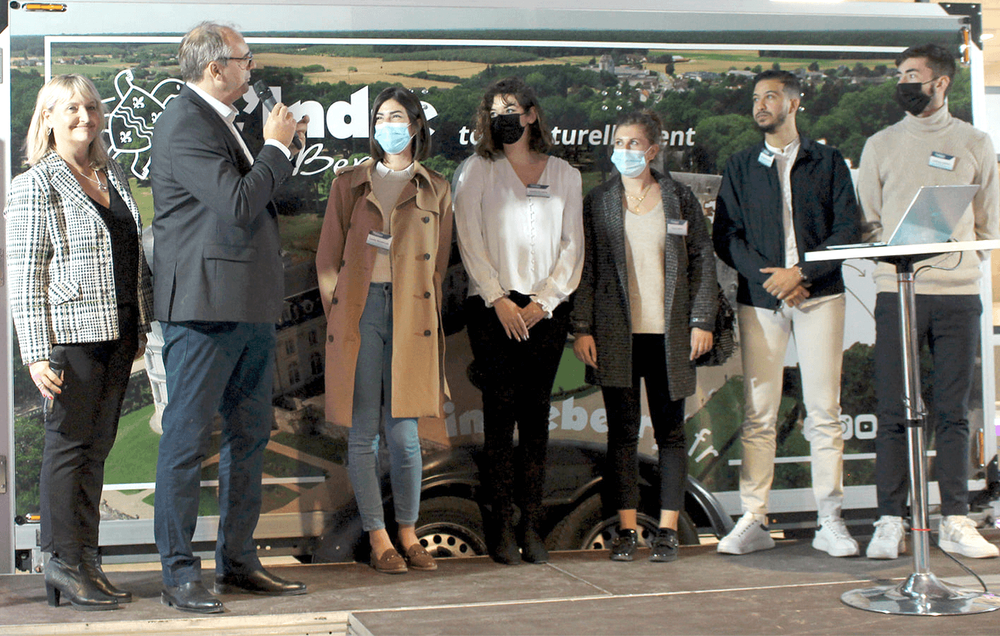 with the partnership of the CCI of Indre

On Tuesday 30 November, the Indre CCI renewed its board for 5 years. Thanks to the development of the CCI Campus Centre courses, Indre benefits from a range of demanding training courses up to Master's level, which contribute to the economic development and attractiveness of our region.   This year again, Thoonsen is proud to welcome within its team 5 students coming from high quality French schools: Estelle & Mustapha from ISTEC - École Supérieure de Commerce et Marketing, Guillaume from HEI Hautes Etudes d'Ingénieur, Jessikha & Camille from the Bachelor's degree in Business Development.   We wish them all the best in their career !

Thoonsen at the Mayors Fair 2021

We were at Paris Porte de Versailles with our latest innovations MOXO® and ThooBee®.

We are proud to represent our Department of Indre at the Salon des Maires et des Collectivités Locales (SMCL) Porte de Versailles in Paris, from 16 to 18 November 2021, where we presented our MOXO® electric mobility solutions and our ThooBee® intruder/attack alert buttons, innovations and technologies made in Châteauroux !   Many mayors and elected officials from the Indre region and from all over France came to visit us on our stand and we would like to thank them. We had great pleasure in welcoming you and would like to emphasise the quality of the discussions which enabled us to talk about your projects and to present our know-how and our mobility and security innovations. A big thank you to all of you ! 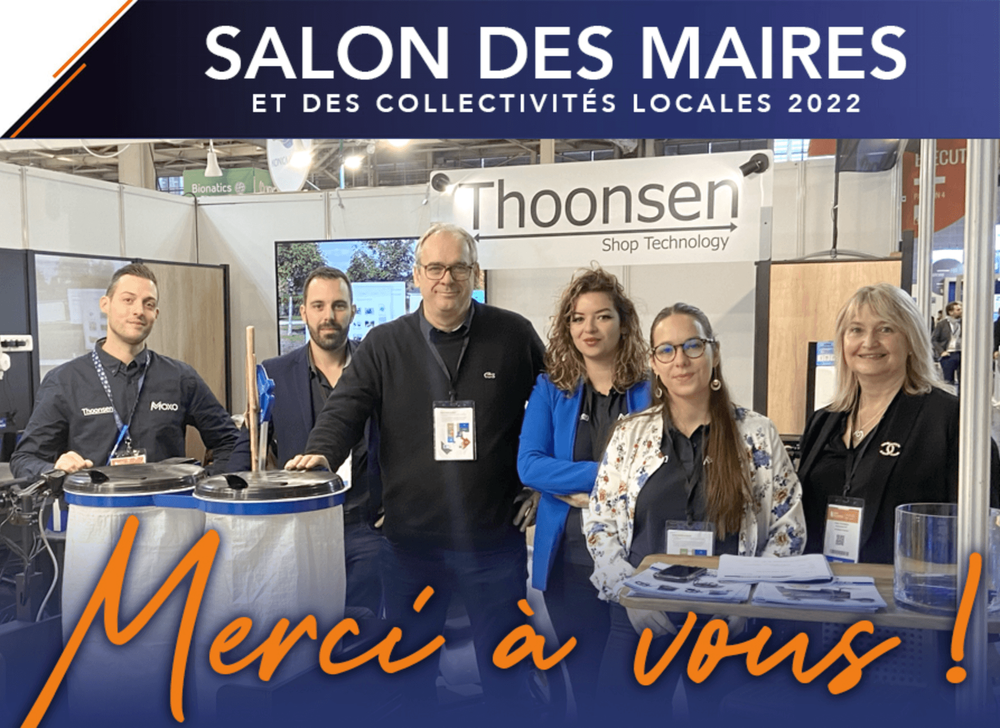 THOONSEN at the Mayor and Local Collectivities Fair 2022

Another great edition of the SMCL, where we had the great pleasure of welcoming elected officials from the Indre region and the whole of France to our stand at the Salon des Maires et des Collectivités Locales, which took place from 22 to 24 November 2022, Porte de Versailles in Paris, and where the Thoonsen team unveiled the latest exclusive innovations of its MOXO® brand of electrically-assisted vehicles, as well as our ThooBee® intruder/attack alert buttons.   This time of exchange and reunion was pleasant and instructive, and allowed us to expose to elected officials and local authorities our know-how and our innovations in terms of security and electric mobility, through our Made in Châteauroux technologies. A big thank you to all !